Company Dam Flora and Fauna Reserve is home to a large number of birds, with over 50 different species recorded including the Speckled Warbler and Brown Treecreeper, both of which are listed as Vulnerable in NSW. There are also many species of plants including lillies, bush peas, heath plants, daisies, native grasses, as well as a number of orchids, the most prolific being the Green-comb Spider Orchid.

The Friends of Company Dam group was formed by Weddin Landcare and Grenfell Urban Landcare to raise awareness of the flora and fauna found at the Reserve. To date, a number of bird and plant walks have been held at the site with Birding NSW accessing the site several times a year to conduct their bird surveys. Spring is the best time to observe wildflowers, however bird walks are held at various times throughout the year. 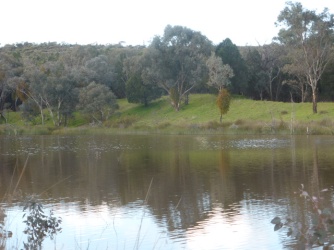